Both stupid and useless. First of all Polish legal system enables a group of citizens to submit a draft law. Good, bad or stupid... IMO this is democracy in action...

A group of citizens submitted a draft law and Polish Parliament was solemny condemnd for discussing this proposal. If the proposal was rejected from the very beginning it would beneficial for democracy according to EU-`democrats'.

Looking into details of this resolution one can find more nonseses. First, the document enumerates everything and shoud be rather called Criminalisation of sexual education in Poland and condemning all other Polish sins and wrongdoings. Probably even for resolution authors the official reason (to condemn non-existing law) seemed such an idiocy that they add all the other stuff to make it look better. Second, in those rare relevent-to-subject fragments, the text is very vague rather then being precise. For example what does it mean (legally) `comprehensive sexual education'? Moreover, penalizing teachers, researchers, doctors, and other professionals would be without any doubt lamentable, but who in hell are `activists', `journalists' and `educators'? and why they are by-defintion beyond any suspicions?

And finally, why the resolution refer to a non existing documents? (European Union lesbian, gay, bisexual and transgender survey 2019) 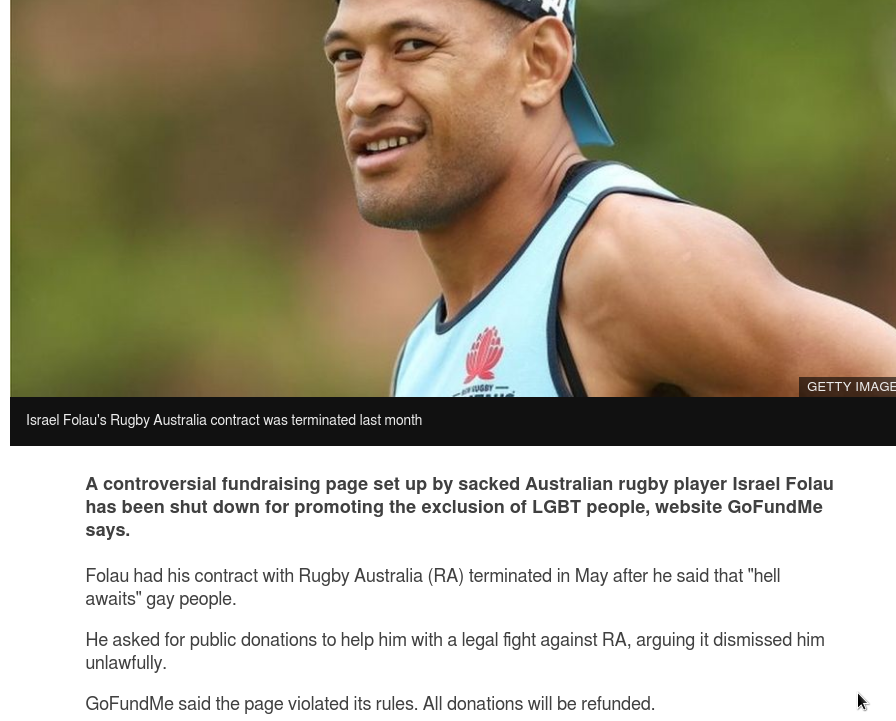 My comment to the information which I have found recently that a (German) boat was named after Alan Kurdi: Refugee boat named in honour of Alan Kurdi more than three years after Syrian boy died at sea... (https://www.independent.co.uk/news/world/europe/alan-kurdi-refugee-rescue-boat-mediterranean-syria-sea-eye-a8773361.html)

Alan (Abdullah) Kurdi family tried to escape from Turkey but failed and his body was wash out in Turkey. There is a EU-Turkey `deal' on (stopping) migrants masterminded by Germany. The deal costs EU-taxpayer 6 billions EUR. If some Germans want more foreigners in their country they better will name a train (zug in German) from Stambul to Munich than a boat. They also should persuade their "mutter" to end the deal with president Erdogan. The train could for example be called Abdullah-Kurdi-Express (AKE).

The fact that Kurdi was a Turkish Kurd changes nothing. If Germany regards Turkish Kurds as war refugees-- as Turkish government in fact fights them--no problem to guarantee (all) of them appropriate status (before bording them to the above mentioned AKE Zug). BTW president Erdogan will be more than happy: he will get rid of Kurds (it is called ethic cleansing btw and is regarded as a sort of a war crime) with the hands of German plain fools (who regards themself of course as sensitive, tolerant etc...). 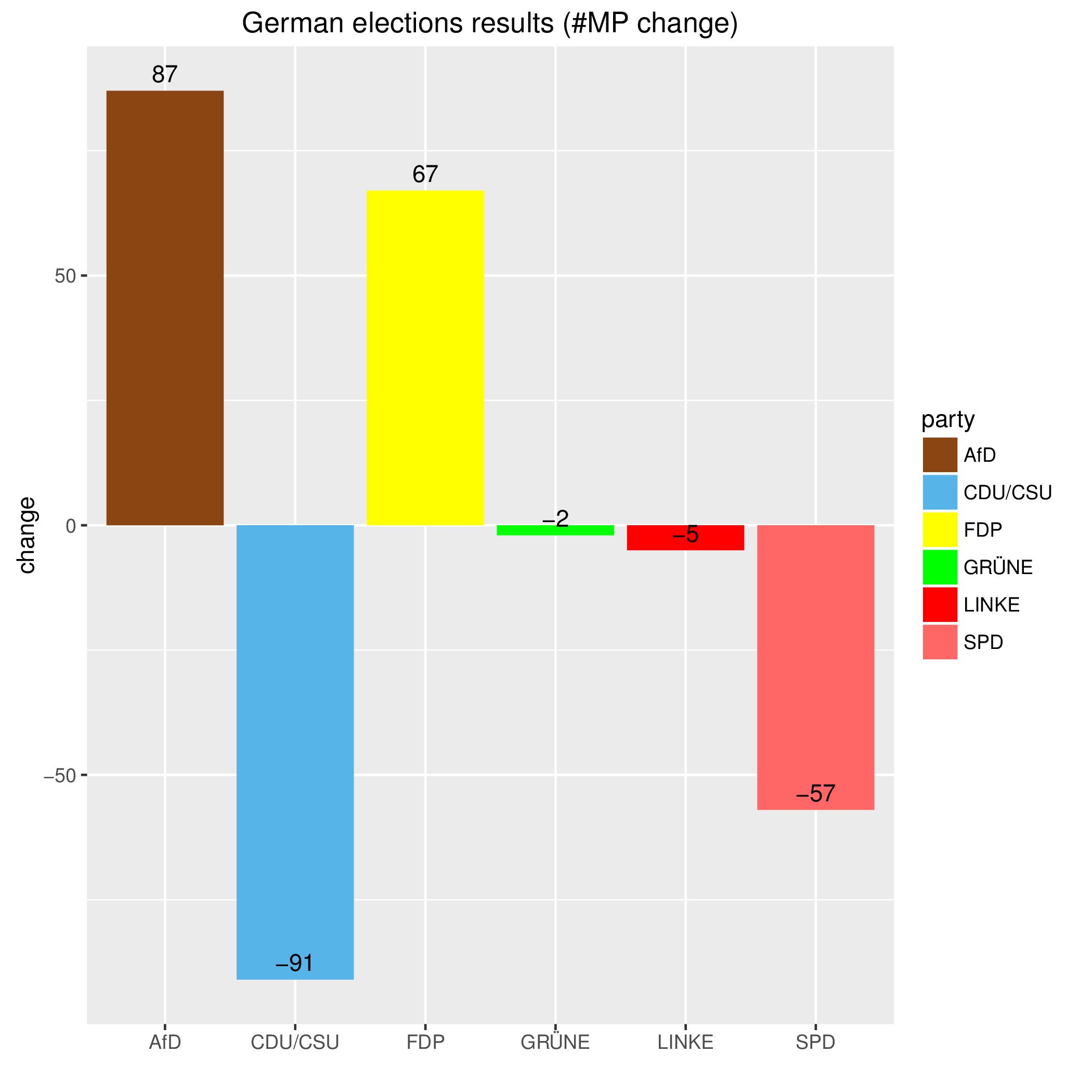 Change in number of seats won by party (AfD is brown of course regardless official party colors :-):-) 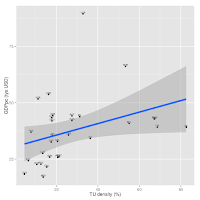 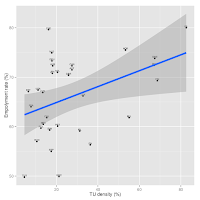 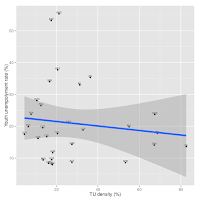 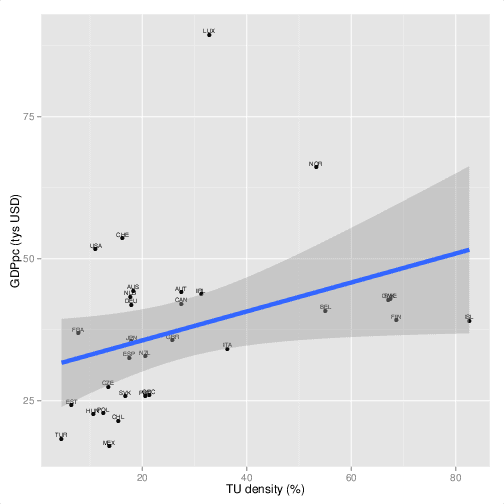 It seems Charlie Hebdo massacre is a big surprise in France but what shock me even more is that the plain fact that France is at war with ISIS (cf French planes carry out air strikes on Isis targets in Iraq) was so efficiently obliterated from the awarness of the french populations, that the attack is met with naive incredulity and the reaction to it is so infantile.

The victims are presented now as defenders of freedom of speech which is not the case. They just produced stupid pictures, went to war with religion and (to their surprise) the religion retaliated. True free speach hero is (among many others) Norman Finkelstein who comments Charlie Hebdo massacre with the picture reprinted here.

Not very long ago, there was a lot of LGBT propaganda before Sochi Olympics Games related to alleged Putin's war with LGBT Russians. Opinion leader Stephen Fry's open letter to PM Cameron/IOC was a good example of hysteria created then.

IMHO the letter was extremely stupid (as stupid as its creator), namely Putin was compared to Hitler and LGBT Russians to Jews in the 3rd Reich (He is making scapegoats of gay people, just as Hitler did Jews).

Unfortunately Putin started a real war, not a war with some scapegoats.... And of course comparing 6 millions murdered Jews with `suffering gays' is pure and simple grave robbery (taniec na trumnach in Polish).